Plant a tree in memory of William L. "Bill" Kitchens
An environmentally-friendly option 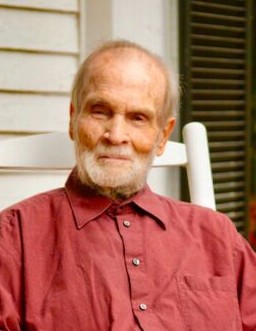 TUPELO – Dr. William Lawrence “Bill” Kitchens, 91, longtime beloved Tupelo dentist, met his Creator on Saturday, May 22, 2021 at North Miss. Medical Center.  Doc was born in Union County, Miss. on March 1, 1930, the son of the late Ebb Kitchens and Thelma Lawrence Kitchens.  He grew up in the Whitehaven area of Memphis, graduating from Humes High School as Salutatorian, President of the Debate Club and Favorite of his senior class. Bill went on to graduate from the University of Tennessee-Knoxville with a B.S. degree in Engineering.  He joined the U. S. Air Force where he proudly and bravely served 4 years being honorably discharged as a First Lieutenant. A commander suggested he study dentistry and he attended the UT Dental School in Memphis. On Jan. 1, 1954, he married Evelyn Ruth Tabor in Memphis at The Jackson Street Methodist Church. She was his devoted wife, soul mate and dental assistant until he retired at age 67.  His beloved Ruth died on October 2, 2005.  The joy of both Bill and Ruth was the birth of their miracle baby girl, Lauren, later in life. Their lives revolved around her activities especially her broadcasting media career and speaking and singing ministry.   Dr. Kitchens loved his country, loved flying the flag of the USA and performing small and large deeds on behalf of his fellow man for the many benefits he had enjoyed. Bill was actively involved in the Antone Tannehill Good Samaritan Clinic in Tupelo where he served as President. He was also President of District 1 of the Mississippi Dental Association.  He and Ruth were faithful and active members of St. Luke United Methodist Church and the King’s Gate Worship Center where he was loved by all. Doc enjoyed people, traveling, good ole gospel music, books and reading and his many, many fur baby friends over the years.

Though he did not receive the title of “Papoo” until after his 80th birthday, it was a role he deeply cherished and loving donned each of his grandchildren with their own nickname. Doc was known for having an extreme sweet tooth and was never caught without a pocket full of candy. Doc treasured his days at The Lobutcha Ranch with all of his in-laws playing cards, swinging on the front porch and Black Sunday at Walmart with his brother-in-law Charles. The story of him accidentally leaving Mrs. Ruth at a gas station in Hoxy, Arkansas for almost nine hours is still talked about today!  A man with a sharp intellect, good looks and a sterling personality, Dr. Kitchens was revered by his many patients and appreciated and respected by all who had the privilege of knowing this extraordinary man.

A service celebrating his life will be held at 6 PM Thursday, May 27, 2021 at King’s Gate Worship Center on West Jackson St. with Pastor Terry Garrett and Rev. Rob Gill officiating.  Private burial will be on Friday at Lee Memorial Park.  Visitation will be from 3 PM-6PM Thursday prior to the service at the Church. Holland Funeral Directors is entrusted with all arrangements and is honored to be serving their friends.

Condolences may be left for the family at www.hollandfuneraldirectors.com.

Plant a tree in memory of William L. "Bill" Kitchens
An environmentally-friendly option

Plant a tree in memory of William L. "Bill" Kitchens

Mr Bill was the sweetest and kindest man. I know it’s been some time since we saw him, but know we are so sorry to hear of his passing and thinking and praying for you all. He always had a smile on his face when he came into the clinic and had kind words to share. He loved his animals and his family. He will be so missed.

Lauren, I remember meeting your mother, Ruth and your Father, Bill at your home in Burbank , CA. Your mother and father were great hosts while you were mingling with all of us. Over time although our paths lead us in different directions , we have managed to stay in touch. Mike and I send our love and condolences 💐. Love is eternal - 1Peter 1:7. Always your ❤️🙏❤️sister in Christ Linda St Amand. ❤️

Dear Lauren, I first met your parents when I was invited to a bible study in your home.. You were very young at the time. I watched you grow up. I remember when I was on my honeymoon in Hawaii I saw this beautiful lady moving gracefully throughout the pool area dressed in a Long Beach gown sunglasses wide brimmed straw hat & I thought that looks just like Ruth Kithchens & it was. You were there & your Dad too. So funny.I know you will miss your Dad. He lived a wonderful life for God. My Mom lived to be 96 years old & she lived a full life for God!!Love in Christ

Plant a tree in memory of William L. "Bill" Kitchens