Plant a tree in memory of Edd
An environmentally-friendly option 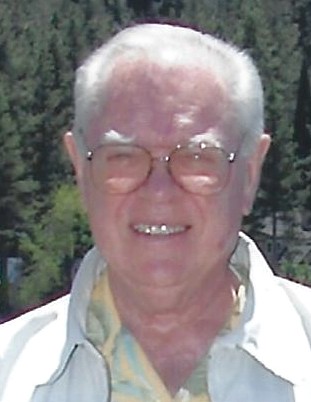 TUPELO - Ollie Edward ‘Edd’ Herndon was born September 4, 1938 in the Brewer Community to the late Ollie and Mavis Lindley Herndon. Edd passed to his eternal home on Saturday, April 17, 2021 at his residence. Edd graduated from Tupelo High School in 1958. He married the love of his life, Carole Ann Bramlett, a marriage of over sixty years. They had three children, three grandchildren, and four great-grandchildren. Edd began his sales career working for Borden’s Milk Company on road delivery. He was transferred to Houston, Texas. After returning to Tupelo, he began his fifty-year career in the selling of automobiles. He traveled to Chicago and purchased cars, and sold the cars to retail dealers in Tupelo. After returning from traveling, he worked for Tupelo Auto Sales and had the Dodge Dealership franchise in Tupelo. A short time later, he opened Edd’s Auto Sales on South Gloster Street, later moving to East Main Street. After retirement, Edd enjoyed getting together with a group of friends and playing dominoes at the fire station. Big Edd loved to fish and his children and all his grands were his pride and joy.

A celebration of life service will be held at 11 AM on Monday, April 19, 2021 in the Tupelo Chapel of Holland Funeral Directors with Bro. Greg Herndon officiating. Visitation will be from 10 AM to service time Monday only. Burial will follow in Lee Memorial Park.  For those unable to attend, the service may be viewed at 11 AM on Monday at hollandfuneraldirectors.com/live-streaming, where it will be permanently archived. Holland Funeral Directors is honored to serve their friends.

Edd was preceded in death by his parents; his sister, Betty Joyce Campbell; and his son, Ollie Edward Herndon, Jr.

Condolences may be emailed to hollandfuneraldirectors@comcast.net.

Plant a tree in memory of Edd by clicking here.
To send flowers to Edd's family, please visit our floral store.

Plant a tree in memory of Edd
An environmentally-friendly option

Plant a tree in memory of Edd

4 trees planted in memory of Edd

a true friend, a father-like mentor and adviser, and one comical soul! our thoughts and prayers are with the family and carol ann.
scooter carr

A Memorial Tree was ordered in memory of Edd Herndon by scooter carr.  Plant a Tree

The Vitalant family in Las Vegas

Sending our condolences for your loss.
The Vitalant family in Las Vegas

A Memorial Tree was ordered in memory of Edd Herndon by The Vitalant family in Las Vegas.  Plant a Tree

Praying for the family brother Edd will be miss

Our thoughts and prayers going out to a wonderful family.

Plant a tree in memory of Edd