Plant a tree in memory of Christy
An environmentally-friendly option 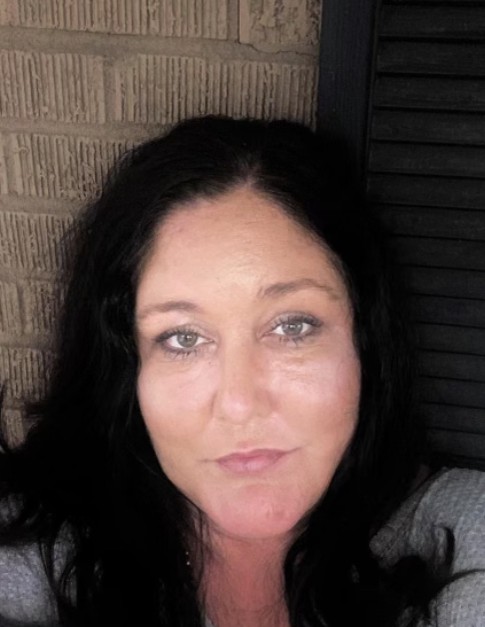 PALMETTO – Christina Lynn Russell Blanchard, 44 known by all with affection as Christy, departed this life for her life eternal from her residence in Fulton after a sudden illness.  Born Feb. 4, 1977 in Tupelo to the late Charles Christopher “Chris” Russell and Sheryl Lynn Goggins Russell, she grew up in Palmetto and graduated from Shannon High School in 1995. A selfless soul, always giving to others, Christy went to KC’s School of Cosmetology in Pontotoc and worked as a beautician for several years before becoming a paralegal with Kelly Mims, Esquire.  She later served the legal profession at Shelton and Associates and Jonathan Martin, Esquire as well as serving a tenure with Ret. Judge Tommy Gardner.  Christy found inner peace and contentment when she began to care for elders at the Lee County Senior Citizens Center.  At her death, she was a master caregiver with Visiting Angels.  She had a contagious personality, a broad smile and a kind word for all as she never met a stranger.  She loved her fur baby, Baxter, her family, and CeCe especially doted over her two granddaughters.  She grew up in the Baptist Church but had most recently attended The Anchor Church in Verona.  Her life made a difference to others and she will long be remembered for her kindness.

A celebration of her life will be held at 3 PM Today (Saturday, April 3, 2021) at the Tupelo Chapel of Holland Funeral Directors with Judge Kelly Mims presiding.  Her daughters will give reflections.  Private burial will follow in the Old Union Cemetery west of Shannon. Visitation will be from 2 PM-service time Saturday.  For those unable to attend, the service may be viewed at hollandfuneraldirectors.com/Live-streaming at 3 PM and will be permanently archived thereafter.

Christy is survived by her daughters, Bailey Blanchard of Blue Mountain, Emma Blanchard of Tupelo, and Maddi Blanchard of Tupelo; her son, Carter Barefoot of Mooreville;  CeCe’s granddaughters, Kara Blanchard and Mila Quigley;   brothers, Josh Russell (Kayla) of Ripley, and Jake Russell of Aberdeen;  her sister, Nikki Grammar of Tupelo; step-father, Jackie Grammar (Cindy) of Palmetto; aunt, Kitty Simmons (Butch) of Old Union; and uncle, Bill Moore.  She was preceded in death by her parents, Chris and Sheryl,  and her grandparents, Sybil Little and Fred “Pa” and Edith Russell.

Memorials may be made to the Blanchard Family Educational Fund, c/o Kelly and Lynn Mims, 407 CR 373, Tupelo, MS 38801. Condolences may be emailed to hollandfuneraldirectors@comcast.net.

Plant a tree in memory of Christy by clicking here.
To send flowers to Christy's family, please visit our floral store.

Plant a tree in memory of Christy
An environmentally-friendly option

Plant a tree in memory of Christy

2 trees planted in memory of Christy

To Christy's family.  She was wonderful to my father as his caregiver and I can't express how much she will be missed.

To Christy’s family,
On behalf of the Public Transit Community and her Mary Kay Family, Christy will be truly missed. She provided a sense of purpose and beauty that transcended everyone that she met. She never gave up despite the circumstances. Although we loved her and wanted her here, God needed her to come home to rest. She has received her healing now and she know can be remembered as your angel. Please know how much she cherished her family and spoke of them often. May God continue to keep you during this time.
Charles Husband
MDOT
MARY KAY, senior consultant

Jackie,Cindi,and all Christys kids and family , just wanted to say how sorry I am for the loss of such a sweet , precious Soul.  May Christy rest In Jesus’s arms until we all are United one day soon.   Bless those precious kids!  🙏💜

Gone but NEVER forgotten! We all will miss your beautiful smile & will forever remember your name!
Caylie Stanford & the Stanford family

A Memorial Tree was ordered in memory of Christy Blanchard by Caylie Stanford & the Stanford family.  Plant a Tree

Plant a tree in memory of Christy